A trio of Christian writers exploring the world of steampunk fiction with a groundbreaking novel trilogy. Come in and join the adventure!

Email ThisBlogThis!Share to TwitterShare to FacebookShare to Pinterest
Labels: burns the fire, H. A. Titus, Libby

Libby came about to the port side of the Defoe and—with much bumping and at least one shout of “Watch my ship!” from Hez—got the longboat tied down. Swiping loose hair out of her damp face with a grimy hand, she stepped up and over the railing.
“I’m home,” she announced, just as the younger children tackled her. “Oomph,” she exclaimed, going down in a flurry of arms and legs.
“Libby, Libby, we had a fight!”
“Mr. Maricossa is asleep and I got to see his knifes.”
“There was pirates and we was pirates and stuff was going ever-where!”
“I got a splinter!”
Skylar stood back, relief and anger warring in him. Libby looked up over Mia’s tussled head and met his eyes. Pride and defiance and regret shone in her gaze, and he looked away—just in time to see Hamlet, with Brick close behind, step over the railing.
“Hamlet!” Skylar called, relieved at the distraction. He stepped forward. “Good to see you a—”
He froze.
A third figure climbed over the ship’s rail, wincing, and favoring his left side. His thick blonde hair was slightly too long, and his clothes hung loosely on a frame that had been bulkier the last time Skylar saw him. But there was no mistaking who it was.
“Coll?” Skylar’s voice rasped, and he felt tears sting his eye.
“My boy!” Mrs. Monday shoved past him and gathered Coll into her arms, tears running down her face. “Oh, Coll, oh my boy—you’re alive, you’re alive…”
“He’s alive.” For the second time, Skylar felt like he needed to sit, but there was no handy crate this time. “He’s…he’s alive…”
“Hamlet found him.” Libby extricated herself from the pile of children and stood, taking him gently by the arm. “One of the dockworkers saved his life—Connie’s shot was just barely too high. Missed his heart by inches. Hamlet’s been taking care of him and Brick both.”
Skylar squeezed her wrist. “Libby, I—”
“Please don’t be angry with me, Skylar,” she pleaded. “I had to—I had to go back for them.”
He looked down into her eyes, and lifted his hand to touch the freckles on her cheek. “You could have been captured,” he said. “Or killed.”
“But I wasn’t.” She straightened. “I nearly crashed, and I climbed around on that stupid longboat in the middle of the night without a single speck of light and I found a knife and I saved my boat, and I found Hamlet and Brick and Coll and I got us all the way here because I just knew Hez would hide somewhere like this, and this is the fourth place we looked, and I really think you should be saying how proud you are of me instead of being angry with—”
Skylar laughed. He couldn’t help it. All of the anger and fear he had been struggling to keep down was washed away by a flood of relief and joy. Libby was safe. Coll was alive.
“I’m proud of you,” he said. He wrapped his arm around her shoulders and gave her a swift hug, noting the evil eye Hamlet cast his way. He winked at Hamlet—an easy task, considering he only had one eye operational right now—and stepped back.
Libby stared up at him, her mouth ever-so-slightly agape.
“Well,” she said. “Well.”
“This calls for a celebration!” shouted Mrs. Monday, her face reddened from crying, but beaming with such joy that it felt as though all the shadows of night suddenly fled.
Coll, one arm around his mother, and a damp patch on the front of his shirt where she had wept, grinned at Skylar.
“I am a bit hungry,” he said.
Skylar had never heard more beautiful words. He stepped forward, and clapped Coll on the arm.
“Good to have you back,” he said, his voice catching a bit in his throat.
Coll threw his arm around Skylar’s shoulders. “It’s good to be back,” he agreed.
Skylar cleared his throat, and gestured toward the galley. “We’ll let Hamlet have run of the kitchen,” he said. “Maybe we’ll get some good food for a change.” Taking Libby’s hand, he grinned down at her.
Coll, his best friend, whom he had seen shot down in front of him, had returned from the dead. Libby was safe. They had escaped Shandor Rei and the White Tiger.
It was most certainly time to celebrate.

Late that night, long after Mrs. Monday had put the children to bed, Skylar, Hez, the Professor, Libby, Hamlet and Coll sat around the fire that they had built in a clearing beneath the Defoe. It had dwindled to ashes, and the darkness of the woods seemed a safe blanket of protection, hiding them from the eyes of the White Tiger.
Skylar sat on a log with Libby’s head on his shoulder. Her eyes drooped, and he looked down at his right hand. Libby’s fingers fit perfectly, threaded through his own.
“…So Maricossa is laid up for at least another day or two,” the Professor was explaining to Hamlet and Coll. “You saw him at dinner—he couldn’t fight a kitten, let alone a tiger.” He grinned. “See what I said—a tiger? Like the White Tiger—”
“We caught it, Prof,” Coll said with a smile.
“How far is it to Tianzhu?” Hamlet asked, looking up at the Defoe. “I always thought it was sort of on the other side of the world—can we make it in a ship this small?”
Hez picked up a long stick and poked at the fire, sending smoke and tiny sparks into the air. “Oh, the Defoe can make it—she’s sturdier than she looks. It’s a crew I’m worried about. Can these kids handle the voyage? I can’t sail this ship alone. Plus, Tianzhu is at least a month’s voyage from here, and that’s assuming we make no stops. We have enough food and water on board to last us about a week—maybe ten days if we stretch it.”
Libby sleepily raised her free hand. “They can do it,” she said. “They’re hard workers.”
Hez looked at her, and his face softened. He raised his face to the hovering underbelly of his ship, hanging above their heads.
“I believe you,” he said at last. He stood, and extended his hand for Libby to take.
“Get some sleep,” he said, nodding at Skylar and the others. “We sail at dawn.”

Posted by Mary Ruth Pursselley at 1:00 AM 3 comments: 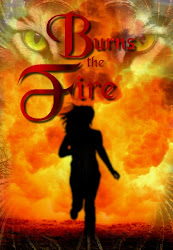